Specialists of “Global Gas Group” have estimated the gas-supply cost–effectiveness of the first boiler-house in Astana provided with the use of LNG technologies gas supply in 2017. According to the facts received for the heating season of 2017-2018, savings of Autonomous Educational Organization “Nazarbayev University” was equal to more than 500 million tenge.

“Nazarbayev University” – It is the largest national project of the educational system of the Republic of Kazakhstan. There are more than 20 residential and non-residential buildings in the infrastructure, and the occupied territory is equal to 145 ga. Approximately, the annual requirement of the “NU” boiler house by diesel oil earlier was around 8 million liters. The cost-effectiveness of more than 500 million tenge has been estimated taking into consideration the out-turn costs of natural gas and the highest efficiency rate of methane in comparison with the diesel oil. Under these circumstances, the cost formula, which is declared by “Global Gas Group”, as a sole provider of LNG in the Republic of Kazakhstan allowed to expect savings of finances starting from the first month of gasification. 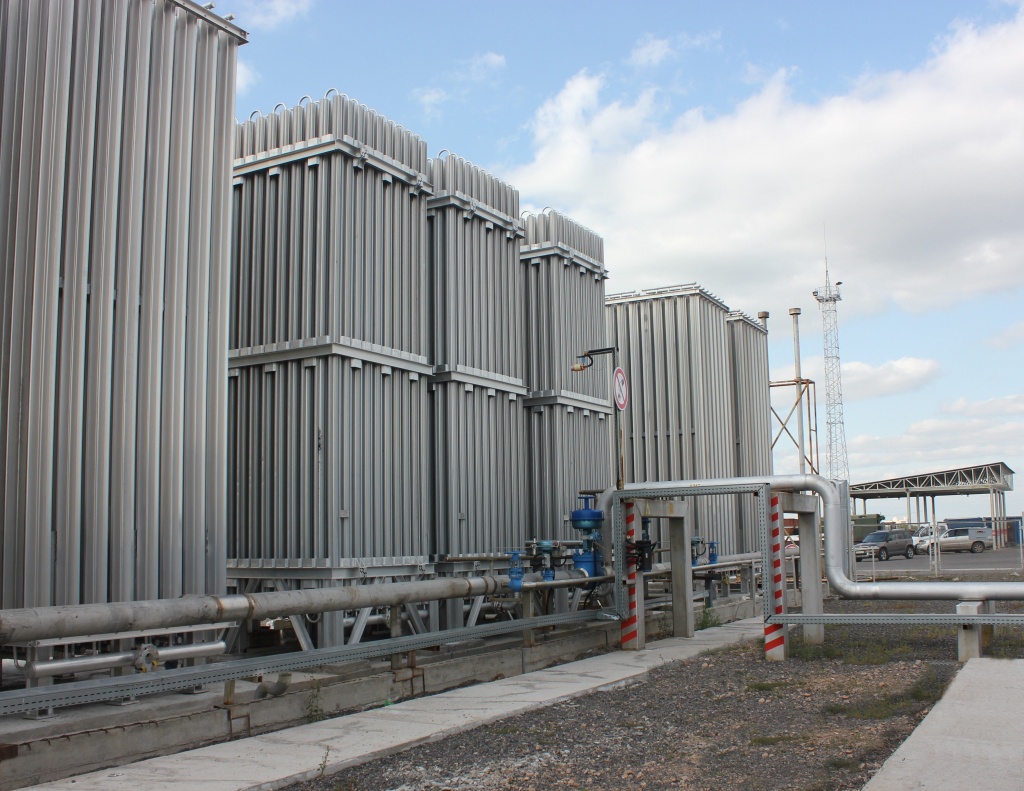 The present calculation should include savings of expenses for the “payment for the environmental emission” stipulated in the tax code of the Republic of Kazakhstan. Due to replacement of the diesel oil with the most environmentally sensitive natural gas methane, this article on expenses has been decreased multiply over the past period.

It is important to note that the project of gasification of the diesel boiler house is developed individually taking into account needs, and specificity of the consumer, and most probably, it is not provided the broad-scale capital and time expenditures for realization” – notified by Director of “Global Gas Regasification”.

The synergetic effect obtained in the result of gasification of the boiler house of “Nazarbayev University” with the use of LNG technologies significantly exceeds the intended effect. The strategic important decision on the use of the essential new way “pipeless” gasification has allowed to provide the “NU” energy security system reliability, as well as opened the way to the scale project on replacement of the energy sources with the safety and more effective natural gas methane and meet to the state course “Green Economy”.


According to the approximate analysis, savings of “Nazarbayev University” will be increased on annual basis due to the schedule accessing to the gasification system of the other facilities, which are under the supervision of the University, and the next objects of gasification will be “Nazarbayev intellectual schools”.