Global Gas Group is a Kazakh group of companies specializing in the field of LNG (liquefied natural gas, LNG). It has been operating in the Kazakhstan market since 2015.

LNG is used to deliver natural gas to Kazakhstan by tanks (“virtual gas pipeline”) for its further conversion into commercial gas, similar to the main pipeline one.

To replace existing independent heat source energy carriers with natural gas using innovative LNG technologies. Natural gas is the most environmentally friendly source of energy, it offers maximum comfort and low maintenance costs at its application. The cost of natural gas is lower than that of diesel fuel and electricity.

2. Conversion of vehicles and machinery to natural gas, development of gas infrastructure for transport.

3. Creation of own capacities on LNG production, energy security and stability.

Systematic and timely implementation of project presented will allow achieving the following results:

1. Population in individual households will have the opportunity to stop using coal and diesel fuel. Natural gas is the most comfortable, safe, convenient and effective kind of fuel for generation of heat and domestic hot water (DHW) supply for this group of consumers.

2. Population living in the areas of individual housing development, using independent boiler houses will significantly improve ecological situation in the city and region.

3. Increase the profitability or reduce the cost of municipal public transport services and save on motor transport fuel up to 50%, simultaneously reducing harmful emissions from transport and machinery by 85%. These types of transport include municipal and intercity buses, freight transport facilities and municipal machinery.

4. Social infrastructure (shopping centers, sports and entertainment facilities, educational and medical institutions, etc.) will significantly reduce the cost of heat supply that results a reduction in the cost of their services or reduce burden on the state budget.

5. The use of natural gas and gas distribution pipeline systems gives to the city planners and developers new tools of engineering networks design and construction of independent boiler houses.

6. Investors will get a municipal gas supply facility, the main feature of which is the ability to generate long-term stable cash flow with predictable profits.

7. Create own LNG production facilities in the RoK to provide gas to the regions of Kazakhstan with growing fuel demand.

8. Reduce the payback period of construction of main and inter-settlement gas pipelines, as they will be tied in to settlements with ready gas infrastructure and consumption system.

9. Increase the energy stability of the public utilities and industrial companies twice by including a second type of heating system fuel.

10. Increase the reliability of gas supply system throughout Kazakhstan due to the possibility of LNG storage systems use as emergency gas supply sources. 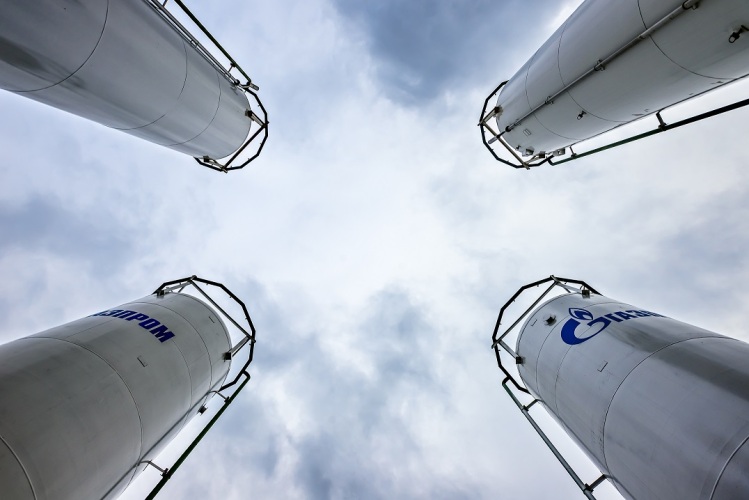 To date, experience with the use of LNG in the territory of the Republic of Kazakhstan represented by the following completed cases:

- Since 2017, gas has been supplied to the largest energy consumer of Nur-Sultan by Nazarbayev University JSC, in addition, the National Space Center of the Republic of Kazakhstan NC "Kazakhstan Garysh Sapary" is connected to the gas distribution network.

- Since 2018, gas supply has begun to "National Defense University named after the First President of the Republic of Kazakhstan - Leader of the Nation" and "Nazarbayev Intellectual Schools".

- In August 2018, a new autonomous complex was put into operation in the city of Shchuchinsk for the gas supply of the Rixos Borovoe Hotel

- August 2021 – new subscribers of the Tamos Education school, the Cosmo city residential complex and the Autodom Machinery dealership were connected to the gas transmission system of the Turan gas transmission plant located in the Yesil district of Nur-Sultan.

- September 2021 – Global Gas Regazification LLP donated to the city Akimat of Nur-Sultan the Design and estimate documentation for the construction of the second branch of gas networks connected to the gas transmission system of the Turan regasification complex. The projected gas networks can cover a medical cluster (Along Hussein bin Talal Street) and a sports cluster (Along Turan Street) located in the Yesil district of Nur-Sultan.

- March 2022 – Work has begun on issuing technical specifications for gasification of the facilities of Astana Solar LLP, the TURAN PALACE residential complex and the National Coordination Center for Emergency Medicine of the Ministry of Health of the Republic of Kazakhstan.