«Global Gas Group»: natural gas should not be a «privilege» 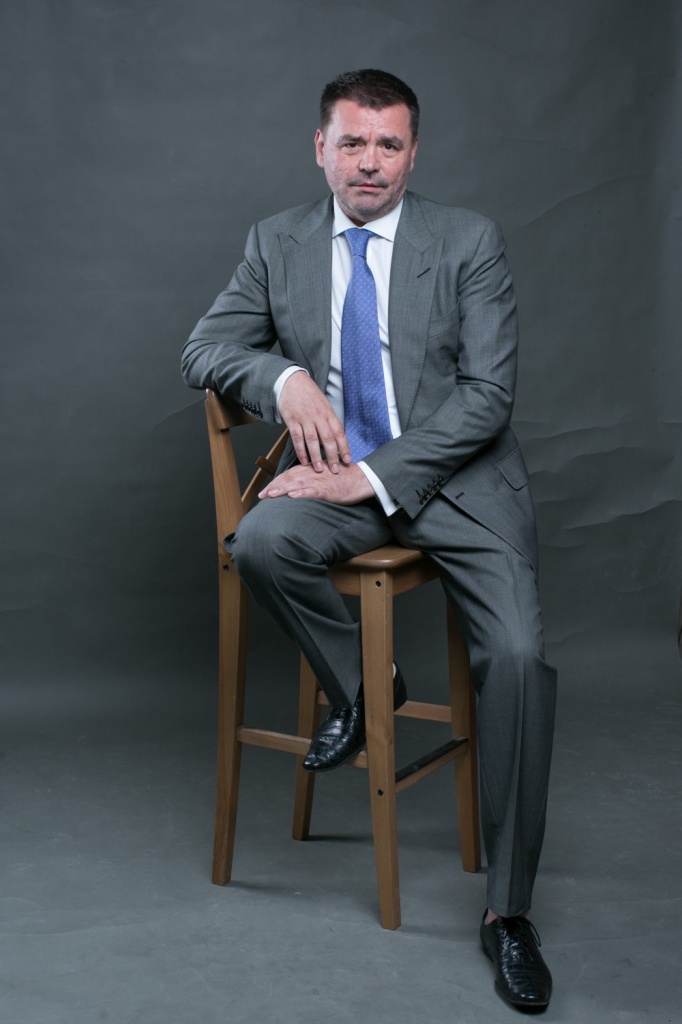 To date, more than half of Kazakhstan residents do not have access to natural gas. The "privilege" of use of "blue fuel" has only 42% of population in 9 regions of the country, which are about 7 million residents. To solve this problem, the authorities of the Republic have developed the General scheme of gasification of Kazakhstan for 2015-2030. This issue became more trending upon the signing of the Paris agreement and undertaking commitments by Kazakhstan on reduction of emissions by 15% by 2020 from 1990 levels.

In addition, natural gas is cheaper, safer and more economical than other fuels. In this context, increasingly, the governments of various countries have resorted to the widespread use of liquefied natural gas (LNG). Its main consumer countries are Japan, South Korea, Spain, France, USA, China and India.

This year the first LNG regasification station will be put into operation in Kazakhstan, designed to ensure gas supply to consumers of certain districts of the capital. The project is being implemented by Global Gas Group. In this regard, we contacted the Company General Director, Oleg Goncharov, to figure out the details of the project and his view on the features of gasification of Kazakhstan.

- Please tell us about the project. Where it will be implemented?

The project of integrated gasification using liquefied natural gas for Astana city and northern regions of Kazakhstan has been developed by us for several years. Certainly, we decided to start with the capital being the flagship of innovations and new technologies application.

Together with the Russian colleagues from Gazprom that already has relevant experience in implementing similar projects, we have developed a program for integrated introduction of LNG targeted at gas supply to the regions remote from the main pipelines, and also to the areas, where construction of highways is economically or technologically inefficient (author - northern regions of Kazakhstan). The entire program rated for 4 cities with all the regasification stations and associated infrastructure requires investment of about 900 MM USD.

- Every company has its own goals. What are your commitments?

First of all, I would like to note that, in addition to the commercial component, the project is aimed at solving a number of problems on socially-economic development of the country. In this sense, we can distinguish three main objectives. The first is, certainly, helping people, because the use of gas is not only the economy and ecology, but also simplicity, ease of use, zero combustion waste (ash, smoke) and no need for special storage and disposal of combustion products. The second is conversion of motor transport to natural gas motor fuel being the most environmentally friendly energy source. And the third is promotion of agriculture development.

Potential capacity of the North Kazakhstan gas market, with the prospect of development until 2025, approximates 2.5 billion cubic meters per year. We are targeted at covering at least 40-45% o f this market by 2021.

- Why LNG is now so popular in the world? What are its advantages?

By itself, the technology of LNG use is an effective solution to issues of transportation and storage of natural gas, and it is new, relative to traditional methods of natural gas supply. The main advantage is economic efficiency, safety, a wide range of possibilities of use and speed of infrastructure development.

For example, construction of only the main pipeline to Astana and its associated gas infrastructure involves a significant investment, amounting to about 1.3 billion USD, according to preliminary estimates, and this is except the cost of construction of urban distribution networks. In addition, it will take a significant period of time, while the process of arranging natural gas supplies using LNG, involving construction of utilities, is much cheaper and faster.

LNG is a safe product; it is non-flammable and non-explosive, because it is stored in tanks with a pressure close to atmospheric. In case of leak, it instantly evaporates and disappears.

- Today Kazakhstan is aimed at conversion of motor transport to natural gas, but for now, we feel the shortage of gas and petrol stations. Can Your Company help to solve this problem using the LNG technology?

This is one of our trends. Refueling complexes offered by “Global Gas Group” may represent not only fixed stations, but also mobile modules. They do not require large capital investments and can be placed directly at the enterprises using natural gas as fuel, for example, in fleets. One tank allows you to fill about 100 buses, following which the tank is replenished or replaced by a full one. I want to note that in the post-Soviet space, infrastructure for LNG use is almost nonexistent. That is why a pilot project in Astana is very important as an example of effective integrated use of liquefied natural gas.

By the way, the range of LNG application throughout the world is constantly expanding. LNG is not supplied to motor transport at the filling stations only, but it is directly stored in the vehicle tank. Rail transport, power generation, cogeneration comprise only a small number of possible fields of future LNG use.

Undoubtedly, LNG is mostly used as a gas motor fuel for municipal transport - specialized construction, road machinery and passenger transport vehicles. In addition, international shipment along the Silk Road and use of LNG for heavy-duty vehicles, used for quarry works, represent a promising direction.

There are examples of LNG use on the rail transport in the Russian Federation. In particular, in the Sverdlovsk region locomotives were successfully tested for operation using LNG as fuel. In 2017, it is planned to start serial production of turbine-electric locomotives. It is important and trending, especially for our northern regions, that LNG can be used easily at low temperatures, while use under such conditions, of the other types of fuel is quite costly, and at unusually low temperatures - is simply impossible.

- You said that one of Your goals is to promote the development of Kazakhstan's agro-industrial complex. And what is it?

Grain producers of Kazakhstan today lose up to 20% of the export price of grain due to the lack or limited possibility of sale of the highest quality product. Companies operating the diesel grain dryers, know that this equipment has several drawbacks: high (up to 35%) loss of efficiency in the heat exchanger, the possibility of getting diesel fuel for grain, and smell (when operating without heat exchanger), which leads to loss of quality and, ultimately, reduce the cost of the product.

Also, existing equipment often does not ensure uniform drying, and so that to avoid underpricing at the sales because of moisture, additional time is spent for drying. The same dryer operated using natural gas may facilitate and speed up the process of grain drying, prevent such negative factor as "a diesel smell", and accordingly, errors causing reduction of the product cost.

Considering that the Republic sells million tons of grain, this will not only save the production costs, but also significant amount of additional income. And, importantly, it will have a positive impact on the reputation of the country being the quality product supplier. Conversion of agricultural machinery to natural gas will undoubtedly have a positive impact on the cost of production.

- My understanding is that Your Company will supply gas to Kazakhstan from Russia. Is it possible to organize production in the territory of Kazakhstan?

At this stage this issue is not discussed, because the LNG production requires development of a consumption market and industry of manufacturing the equipment for liquefaction and storage of LNG. This decision will be justified with an appropriate level of internal consumption, which, of course, refers to a long-term perspective.

Such production can be organized in the territory of Kazakhstan, but its placement requires specific technical conditions and gas distribution parameters. It is important to understand that our company prioritizes formation of infrastructure and provision of consumers in the country northern regions with natural gas in the near future. “Gazprom” PJSC for its part, assists us in solving such problems. Exactly it offers the possibility of purchase and supply of required LNG in the stated amounts.

Kazakhstan and the Chinese companies have repeatedly tried to open such plants, for example, in Kostanai crossed by a main pipeline. However, the estimated cost of the produced LNG was higher than the price at which the company “Global Gas Group” is ready to sell gas to the final consumer in Astana.

- Are you ready to partnership with national government and other companies?

Surely, today, our company is already investing in implementation of the developed program. I would like to note that, generally, the project developed “Global Gas Group” is based on the existing business models set up using financial instruments and government support measures provided by the legislation of the Republic of Kazakhstan. The implemented project is financed by the company own funds, but at the same time, we are very excited about new approaches to the financing of projects announced by the Head of BRK, Bolat Zhamishev.

We believe that nowadays implementation of projects similar to ours involves the emergence of new tools and approaches to project financing, as well as active assistance of development institutions and promotion of promising technological projects, as with the active support of interested investors and government, it is possible to implement the project much faster.

We set mind on implementation of this project. And, certainly, we are ready to cooperate with the state and state and quasi-state companies and other market participants. We are primarily concerned with the project and the quality and timing of its implementation. Natural gas should not be a “privilege”. In our opinion, all regions of Kazakhstan and, of course, the capital of our country, seeking to use innovative, technologically advanced and, at the same time, environmentally friendly solutions, should be able to use it.